Penneys To Prada – A Fashion, Beauty & Lifestyle Blog: How I Spend Money Whilst Travelling 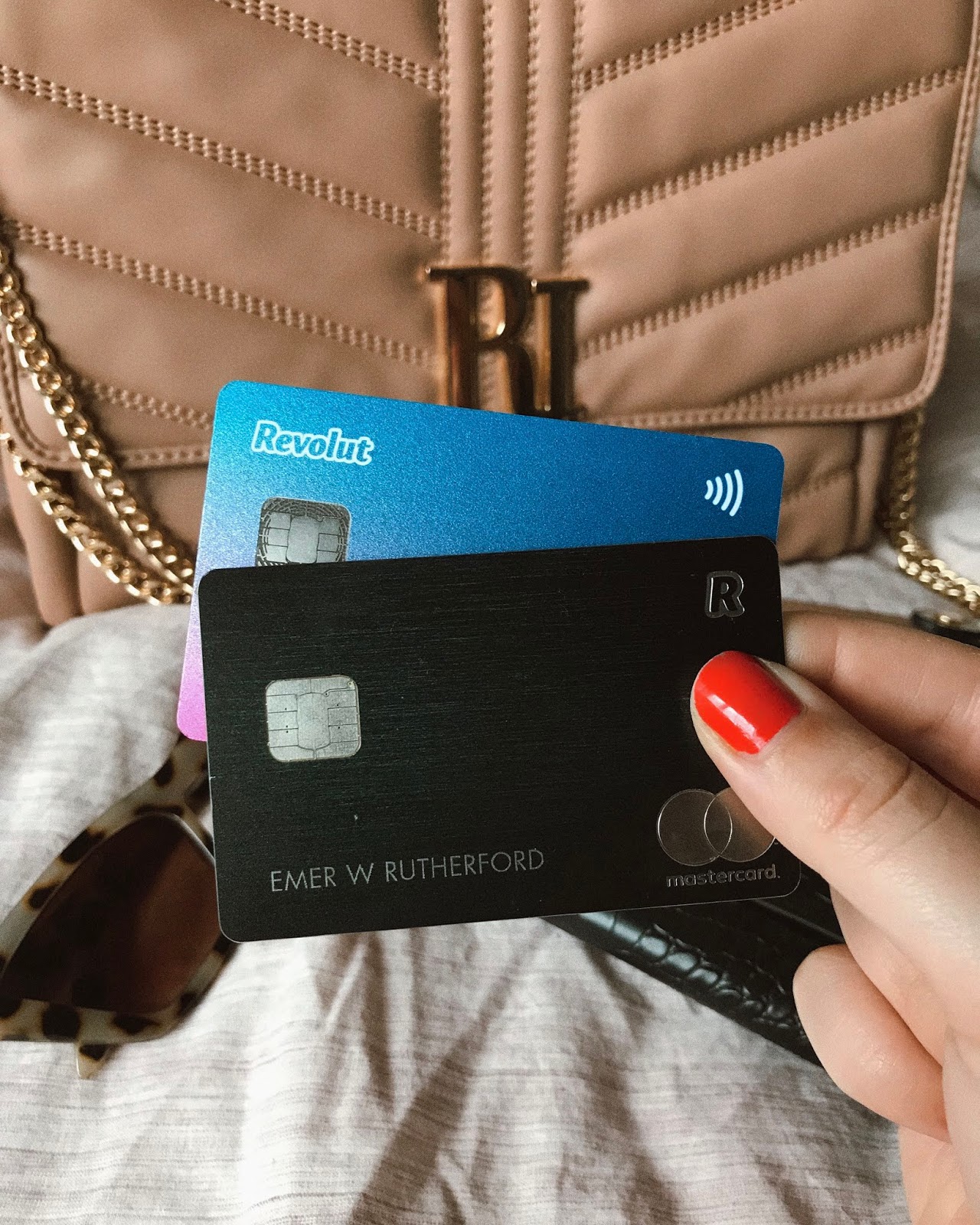 Well here’s a blog post I’ve been meaning to write for almost a year now, but as they say, better late than never! As you can probably tell from a quick glance at my blog/Instagram, I LOVE to travel, and I also like to shop, but sometimes, if you’re travelling to a country with a different currency than you’re used to, it can be a bit daunting/stressful, so today I thought I’d share what I use to spend money whilst I’m away.

I know lots of you have probably already starting using Revolut, and if not you’ve definitely heard of them, but I do still get people asking exactly why they should get an account and how it all works so hopefully this post will be helpful for anyone still on the fence. I’ve also included some screenshots of my own Revolut app to help explain some of the features for those of you who haven’t used it yet.

At the moment, Revolut have an offer on where if you sign up through this link, they will give you a free card (I think I paid €5 for mine a few years ago).

So why is Revolut so good and why do so many people rave about it? Well there are a few reasons why I love it:

This is probably my most favourite part of using Revolut, becomes it comes in handy when I’m travelling to a country that doesn’t have Euro as their currency. Basically I just pay with my Revolut card like I would back home, and that’s it. Revolut will work out the exchange rate, and they actually have it on real time so it’s very accurate, and there isn’t a charge for paying in a different currency like there would be with some other more traditional banks. It’s made travelling so much easier because now I don’t need to go and change money before I travel as I hate carrying cash anyway. As you can see from one of the screenshots below when I was in Poland, on the app, when you spend money in a different currency, it will show you how much it cost in your own currency (mine is obviously euro) and how much it cost in the currency you paid in. Very straight forward and simple, I love it!

A feature I haven’t looked into a huge amount yet is the budgeting feature in Revolut. There is an option to view your months spending by catergory, which is good, so I can see if I need to cut back on my shopping, or excessive taxi use, but they also have a feature where you can set a budget each month and even set budgets for each category, like shopping, restaurants and transport. This is great if you are trying to be more conscious of your spending and I just love the breakdown of my expenditure in this simple form, it definitely helps me think twice!

Another super handy feature of Revolut is the instant transfers between Revolut accounts. By now, literally all of my family and friends have a Revolut account because I bang on about it so much, so whenever we go out for meals or trips, splitting the bill is so easy because I can just send my portion straight to whoever is paying. They actually have a specific bill splitting feature that I need to use more often where you can create a bill, so say €50 total, and then invite your Revolut contacts to pay their half. Super easy, and instant too, unlike some bank transfers that can take days. 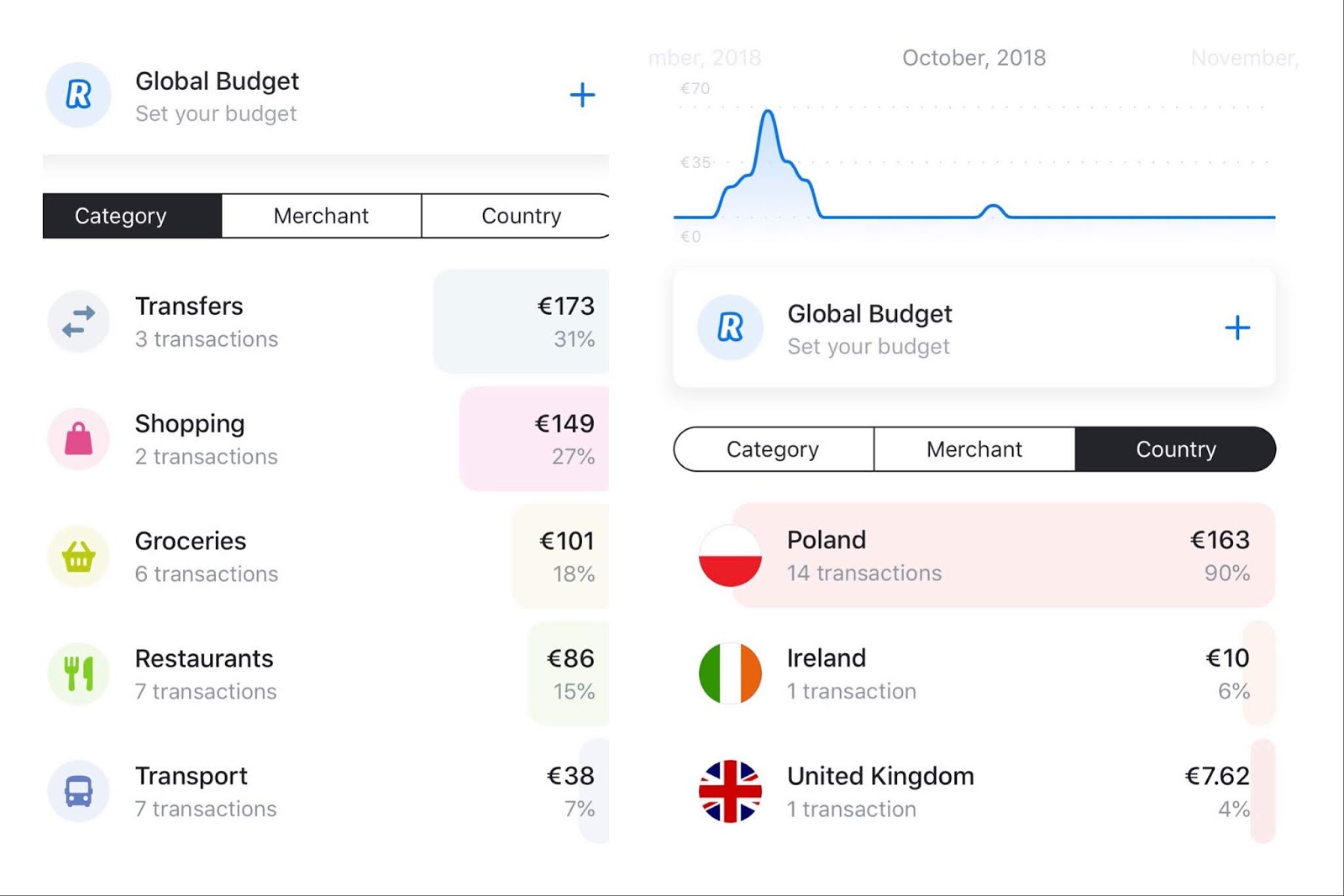 Now depending on what bank you’re with, you might have this already but unfortunately I think most Irish banks are a bit behind with the times so my traditional bank account still doesn’t have Apple Pay, but not to worry, Revolut does! This means that when I lose my wallet (which I’m afraid to admit happens far too often) I can simply double tap the home button on my phone and up pops my “virtual” Revolut card and I can use contactless payment to pay. Honestly paying with your phone feels like we’ve finally made it to the future!

If you find you struggle to save, then this would be a very good feature for you! Revolut have these things called “Vaults” that you can set up to save money in, almost like a virtual piggy bank. They also have the option to round up your spare change so that each time you use your Revolut card, they’ll round it up and put the difference into your vault automatically for you. You can also set up a certain amount to save each day/week/month too, so for example I have it set up that I put €10 into my vault every week. 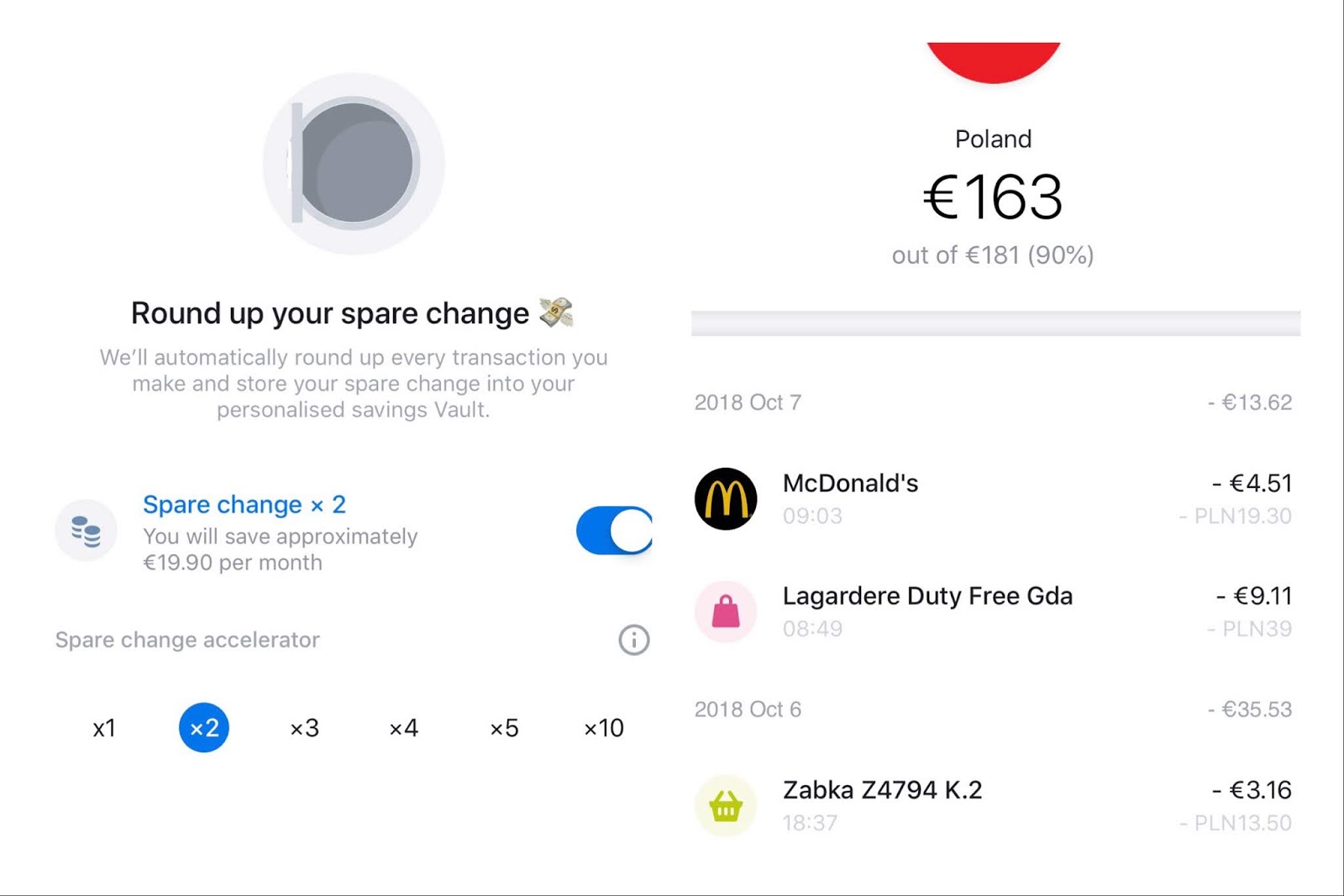 So that’s a bit about Revolut and why I love it, and if you’ve been on the fence about it, or unsure what it was all about, I hope it helped you! I’ve been using it for over a year and a half now and I really couldn’t recommend it enough. If you do want to create a Revolut account, remember that you can get a free card by signing up through this link!

I hope you enjoyed this post, thanks so much for reading!

How to Turn Your Dress into a Fashion Statement