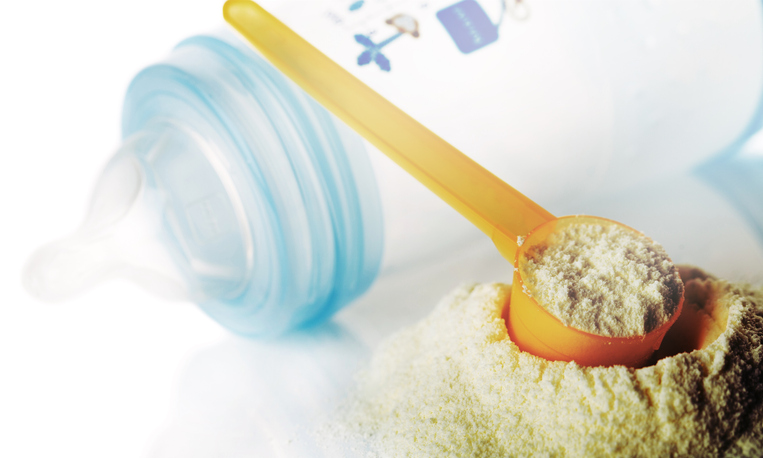 The Access to Nutrition Initiative’s fourth comprehensive assessment of infant formula and baby food marketing​ released earlier this month found several of the largest players in the category have stepped up their compliance with the international code of marketing of breast milk substitutes established by the World Health Assembly in 1981, which was created to stop the inappropriate marketing of BMS that public health advocates feared was contributing to a decline in breastfeeding – the gold standard of infant nutrition.

Of these, Danone earned the highest compliance score of 68% — up from 46% in 2018, followed by Nestle, which improved its score of 45% in 2018 to 57% in the current report. Kraft Heinz took third place and demonstrated the greatest improvement – jumping to 38% compliance from 2018 when it failed to score at all. Finally, Reckitt saw nearly as significant a jump as Kraft Heinz by going from 10% compliance in 2018 to 32% in 2021.

While these figures illustrate “positive development”​ in implementing the International Code in the marketing practices, Inge Kauer, executive director of ATNI, told FoodNavigator-USA that the companies still fall well short of global health policy standards, and their ongoing noncompliance undermines their claims that they support breastfeeding.

“There are still major gaps”​ that must be addressed to reverse the ongoing global nutrition crisis and rise of diet-related chronic disease, she said.

For example, she said, “we see companies not applying the code in their policies for all product times. So, for infant formula, some of the companies have appropriate policies in place, but then for follow on formula or growing up meals, it is not implemented.”​

Likewise, she said that companies inconsistently apply their policies around the globe.

“We see that companies exclude certain countries, so they only have strong policies in place for high-risk countries, mostly developing or lower middle income countries, but they do not apply them universally, while, of course, the code is meant to protect all infants around the globe,”​ she explained.

“So, we see still see major gaps between the companies’ policies and the recommendations of the international code, and that lead to inappropriate marketing, which leads to less than optimal breastfeeding – both exclusive breastfeeding up to six months, as well as continuing breastfeeding after six months, up to two years and beyond,”​ she explained.

With the belief that infant formula and baby food companies “must play a role in tackling the nutrition challenge”​ because that not only are “major providers of our diet”​ but they also influence the consumption climate, Kauer and ATNI are calling on companies to “make an enormous step by closing the gaps between their policies and practices and the code.”​

She argues they should take this step unilaterally “because they have a responsibility as a company to protect babies and mothers,”​ and their commitments “should translate into strong, responsible marketing practices aligned with the code.”​

She also argues that companies should work with legislators to create laws and regulations that support women and children’s nutrition by lobbying in accordance with the international code’s responsible lobbying framework.

Recognizing that there are many areas in which companies can improve their BMS marketing, Kauer asks that they prioritize restricting marketing of formula and baby food targeted to caregivers of children zero to 12 months globally.

“Nestle has committed to do that, and we believe that the priority should now be to implement zero to 12 months policies globally for all companies that we asses and all other baby food companies as well,”​ she said.

Call to action: Governments should reinforce the code with regulations​

At the same time that ACNI encourages companies to proactively and voluntarily comply with the international code for marketing BMS, it recognizes governments’ can encourage adoption with stronger regulations.

“We also believe that governments around the world have a very important role to play in creating better code compliance. Our research in previous iterations has show that when there is regulation in place that embeds the code into the law or regulation, then companies are most of the time more compliant,”​ Kauer said.

“So, local governments can really help by implementing the code into local regulation, which can also create a level playing field for companies,”​ Kauer said.

Acknowledging that “baby food business is big,”​ Kauer added, “there are commercial interests and by creating a level playing field there is healthier competition for the companies and governments can create better and better compliance.”​